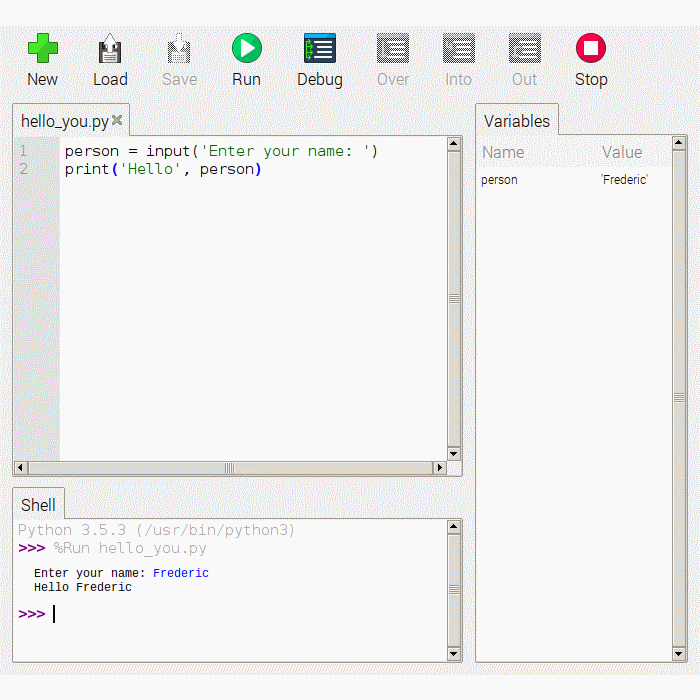 In this tutorial you’ll write your first Python program on your Raspberry Pi. After having completed this tutorial, you will know how to startup a Python IDE (integrated development environment) and how to write and run a simple Python program.

For this tutorial, you need to have your Raspberry Pi running on the latest version of Raspberry Pi OS. This version includes “Thonny”. We’ll use this user-friendly IDE to write our first Python program on our Raspberry Pi.

You can find Thonny in the applications menu as shown in the figure below. To write your first program on the Pi, the “Simple Mode” version will do an excellent job. If you don’t find “Tonny” between your applications, then you probably do not have the latest version of Raspbian. Consult our tutorial “Update your Raspberry Pi to the latest version” before continuing.

Instead of the classic “Hello world” program, we’ll make it a little less simple and go for a program asking to enter your name. The name will be stored as a variable and returned onto the screen.

Save and run the program

Once finished, you can run the code by clicking on the Run button. But before running the program you’ll have to give it a name and save it. In our case we’ll store the file in the “Documents” folder and name it “hello_you.py” . Python files have “py” as extension. Here, you don’t have to specify the extension.

Now the program should ask for your name on the bottom part of the window (Shell). After entering it, it will respond by “Hello ” and your name. Have a look at the figure on the top of the page to see the result in my case.

Run the program from the terminal window

On the command line, we have to move first to the folder where the Python file has been stored, “Documents” in our case. To do this enter:

And to run the program we’ll enter the command “python3”, followed by a space and the filename. In our case, it’s:

Normally, the program should run and ask for your name. After entering it the program will respond (as shown in the figure above).

Congratulation! You made your first python program on the Raspberry Pi. Have lots of fun with your next ones! 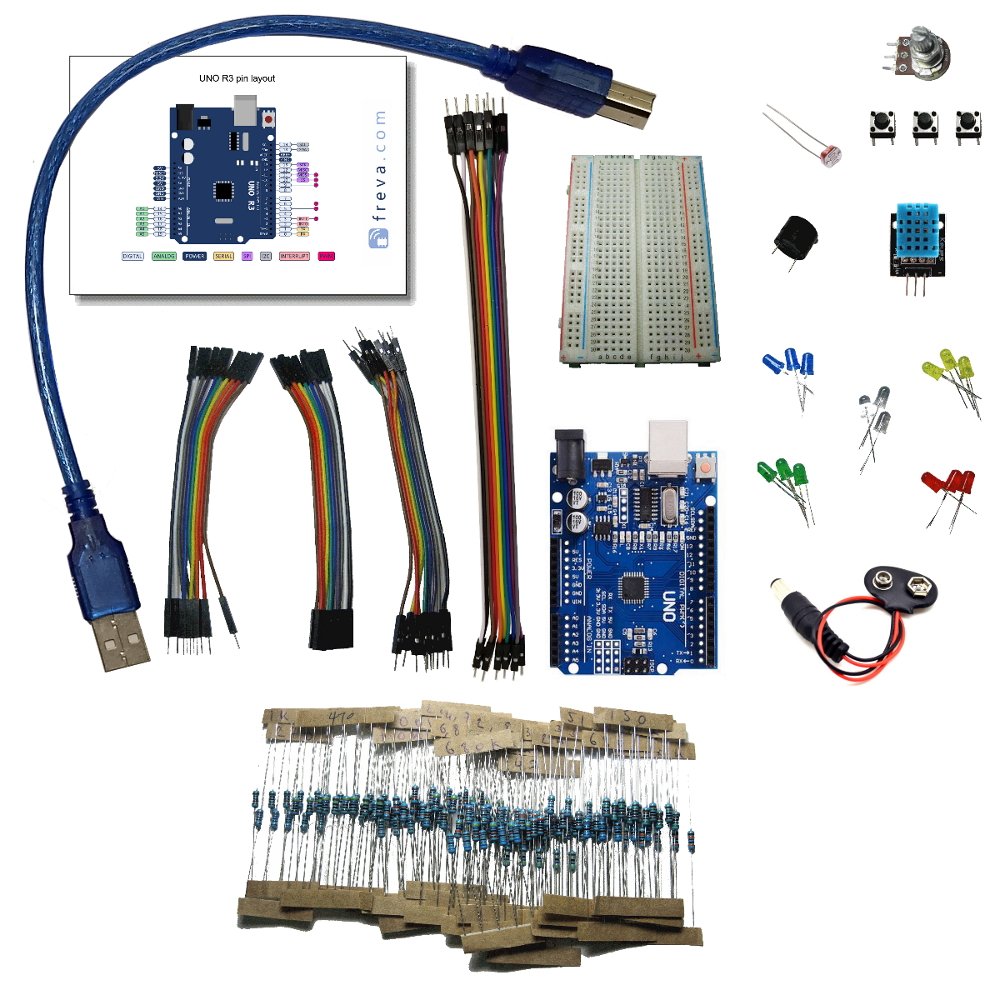 A budget friendly basic kit with an Arduino-compatible UNO R3 board to quickly setup your first popular Arduino projects. ... This high end kit includes everything you need to get maximum performance out of your Pi. An SSD instead of an ... If you're struggling to keep your Pi's CPU cool, this fan will solve the problem once for all. Closed enclosures such as ... Start your next digital project with this small but amazing mini computer! The enclosure has been specially designed to guarantee maximum heat ... Start your next digital project with this small but amazing mini computer! The enclosure has been specially designed to guarantee maximum heat ...

This IoT kit is an ideal starter kit for young and old to discover the fascinating world and the countless possibilities ... A budget friendly GPIO kit, ideally to start learning how to connect electronic components to your Raspberry Pi. ...