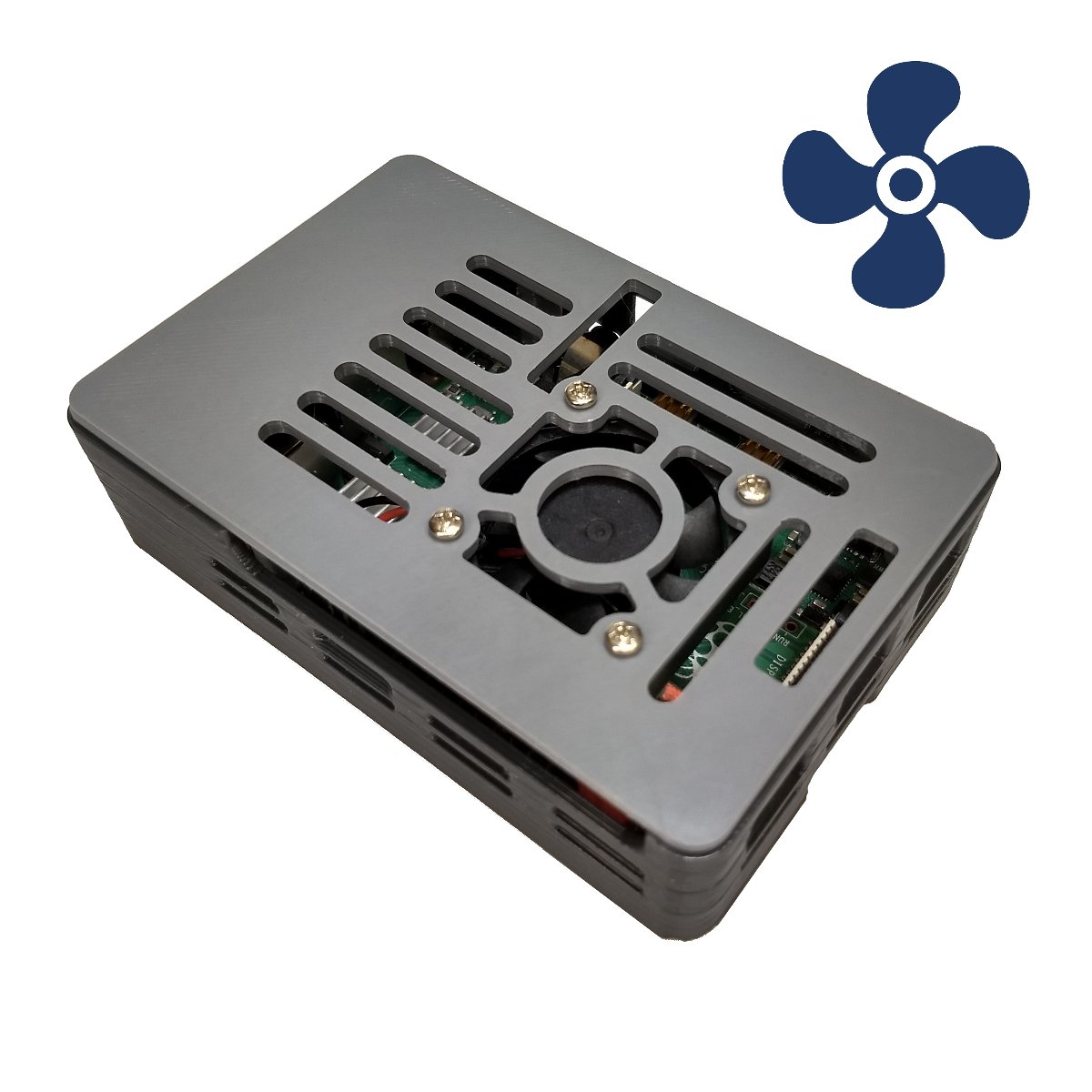 If you are struggling to keep your Pi’s CPU cool, mounting a fan could be the relief you’re looking for. In this tutorial we’ll see how to connect a fan on your Raspberry Pi. After having completed this tutorial, the temperature of the CPU of your Raspberry Pi will drop and always remain at an optimal level.

In contrast to the previous Raspberry Pi models where overheating of the CPU was in most cases not really an issue, with the Raspberry Pi 4 B we have a completely different situation. Here the CPU gets really hot under normal load or even at idle. Because an effective heat dissipation solution is really critical for the Raspberry Pi 4, beside placing heatsinks, we advise to use well ventilated cases as our self-made 3D-printed case and / or mounting a fan. In most cases an open enclosure will do the job. But for some applications with an intensive CPU usage, a fan is really helpful. 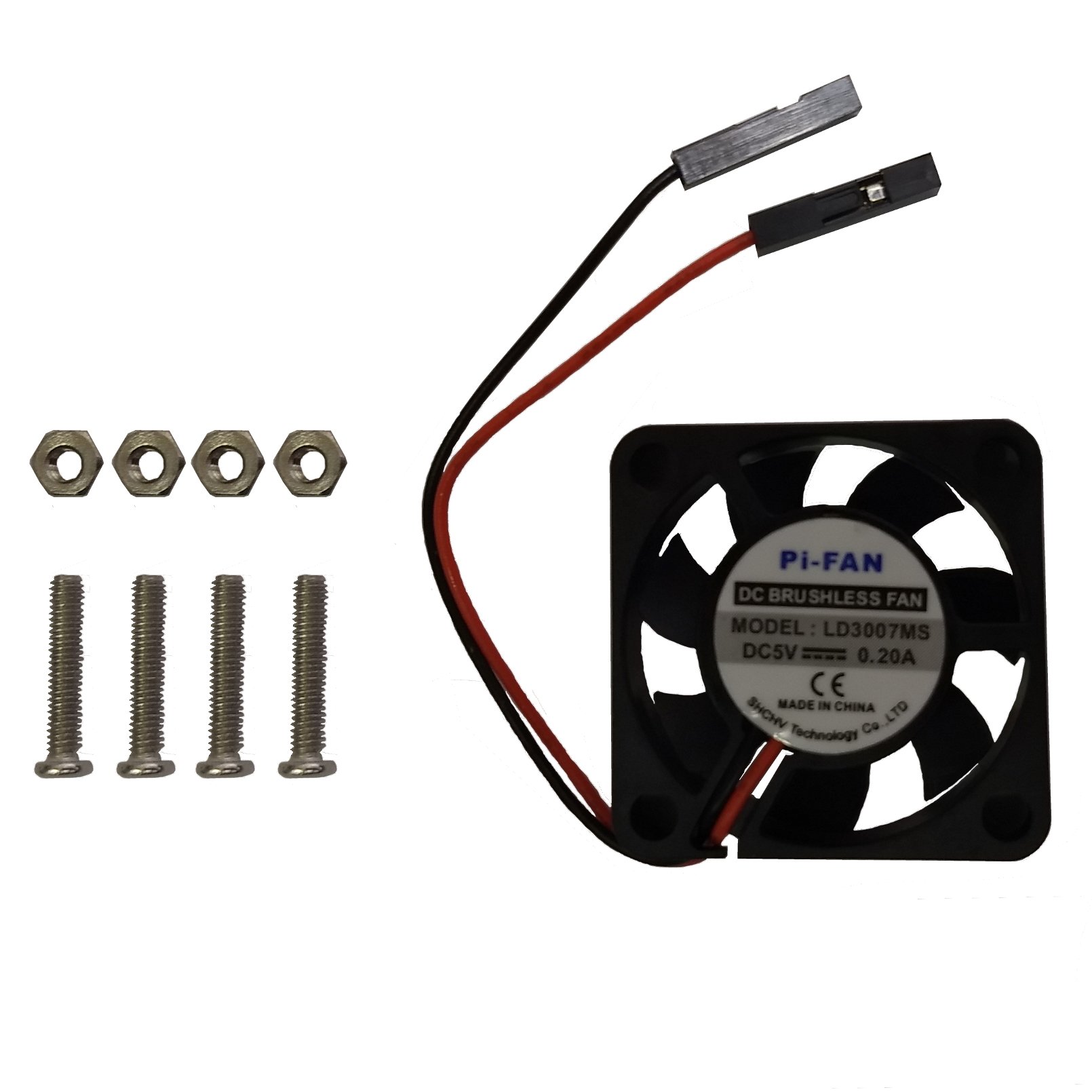 If you’re missing some hardware, don’t hesitate to visit our shop : www.freva.com/product/raspberry-pi-4b-case-with-fan/

Let’s see now how to mount a fan on our 3D-printed Raspberry Pi case… Take the fan and turn it in such a way that you can see the label (on top). Take also the cover part of the case and place it in such a way that the 4 legs are pointing toward the sky. Before placing the fan on the cover, position the 3 spokes of the cover in front of the spokes of the fan. If necessary, rotate the fan 90° as many times as necessary. Once the right position is found, you can clamp the fan onto the cover without using too much force. It should fit nicely. Double check the position of the fan by looking through the ventilation gaps of the cover. You should only see 3 spokes. 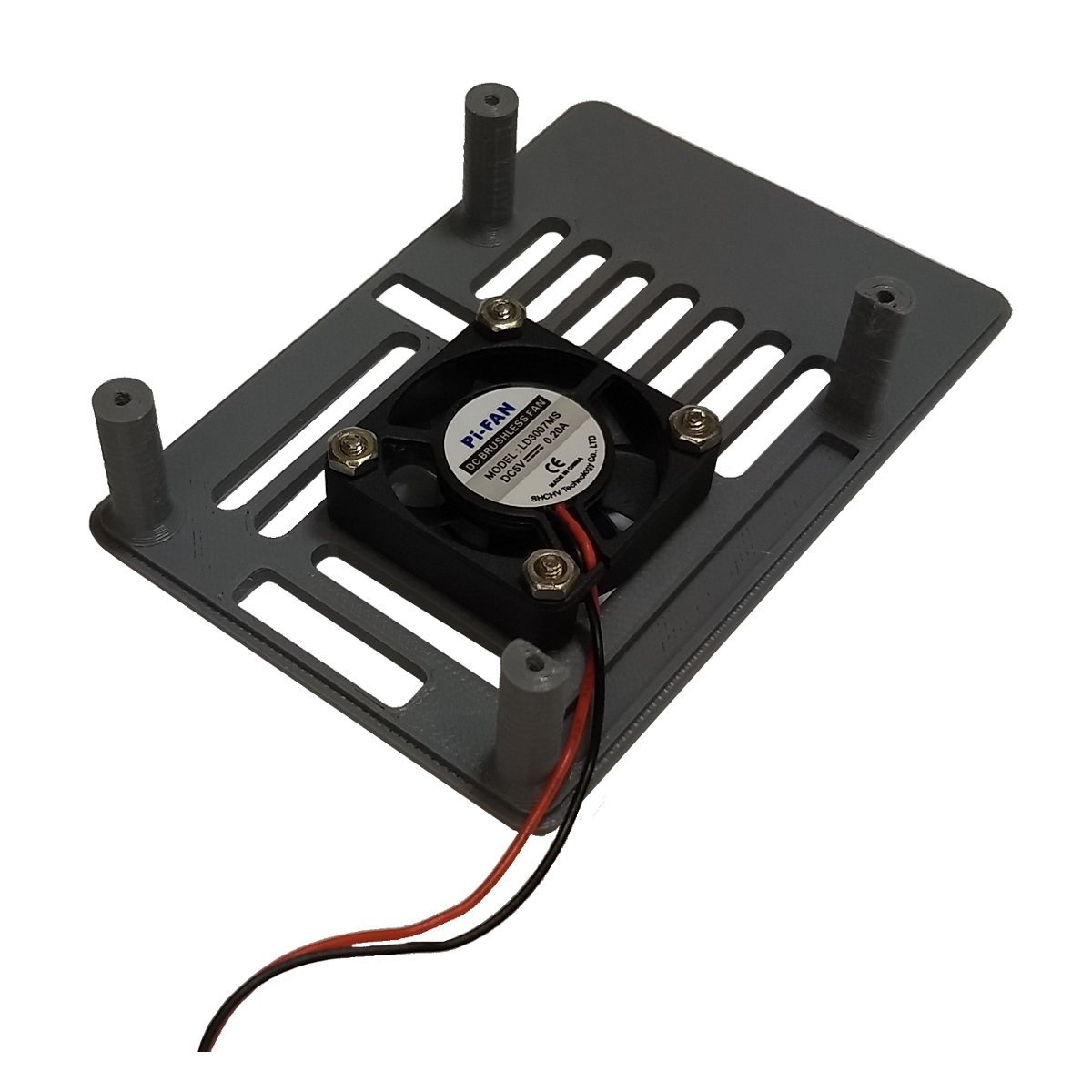 Now it’s time to fix the fan on the cover with the bolts and nuts as shown in the picture above.

The fan can be connected to the 3.3V or to the 5V pin of the GPIO pins. Obviously, while the fan is connected to the 3.3V pin, it spins less quickly and the flow rate will be less important. But with this setup the fan won’t make almost no noice. Depending on your needs, it’s up to you to choose one of the two options. The image below shows which wire has to be connected to which GPIO-pin of your Raspberry Pi. Respect the colors of the wires! 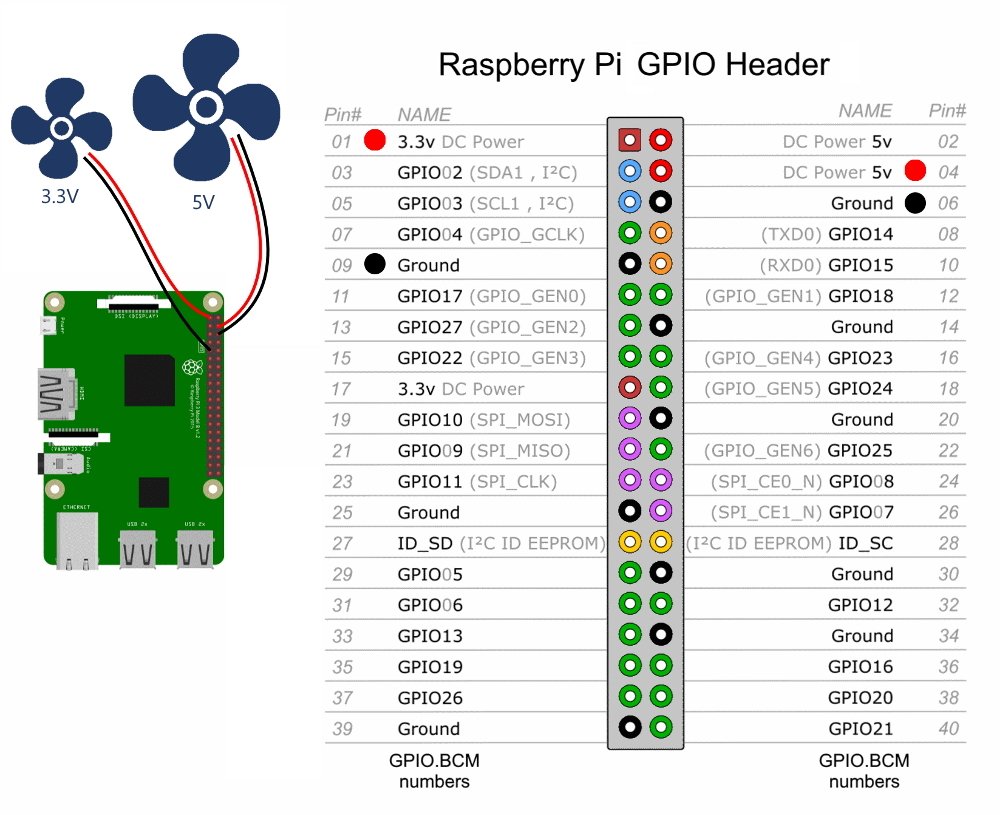 Once the connectors in place, just mount the cover with the fan on the bottom part of the case.

Great! You’re done and your Pi will always keep cool from now on. 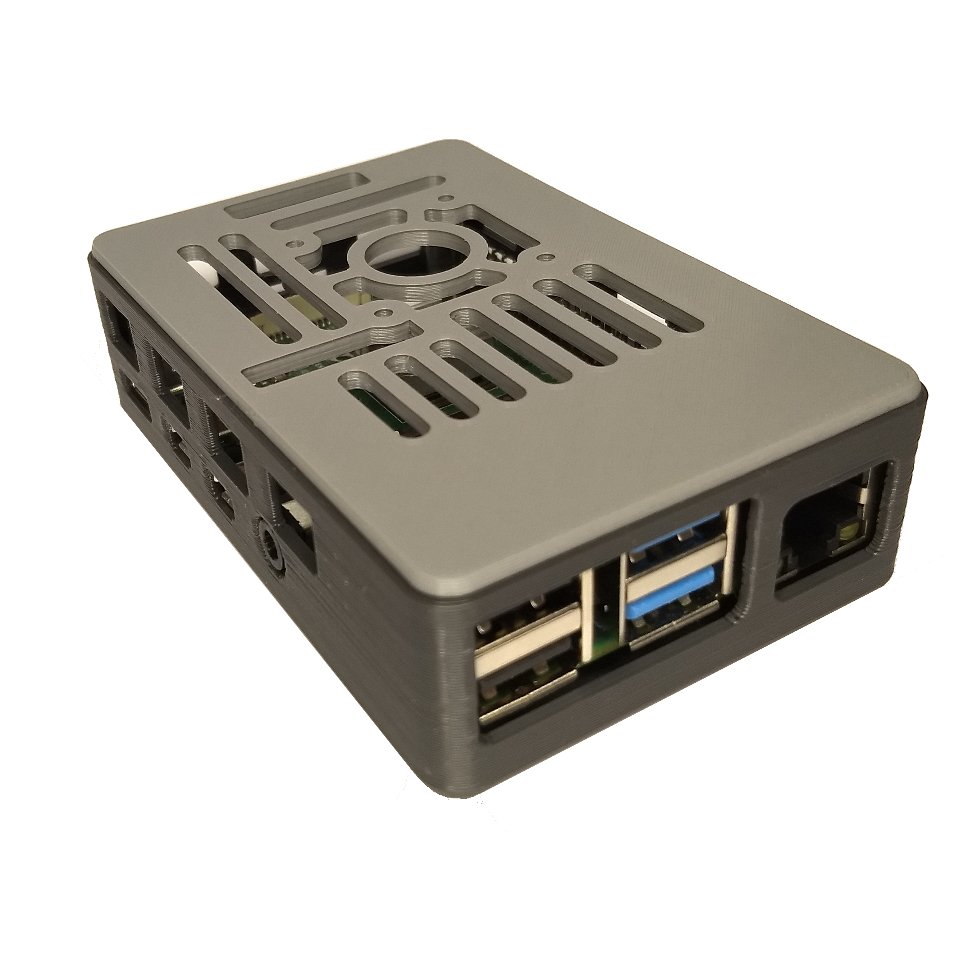