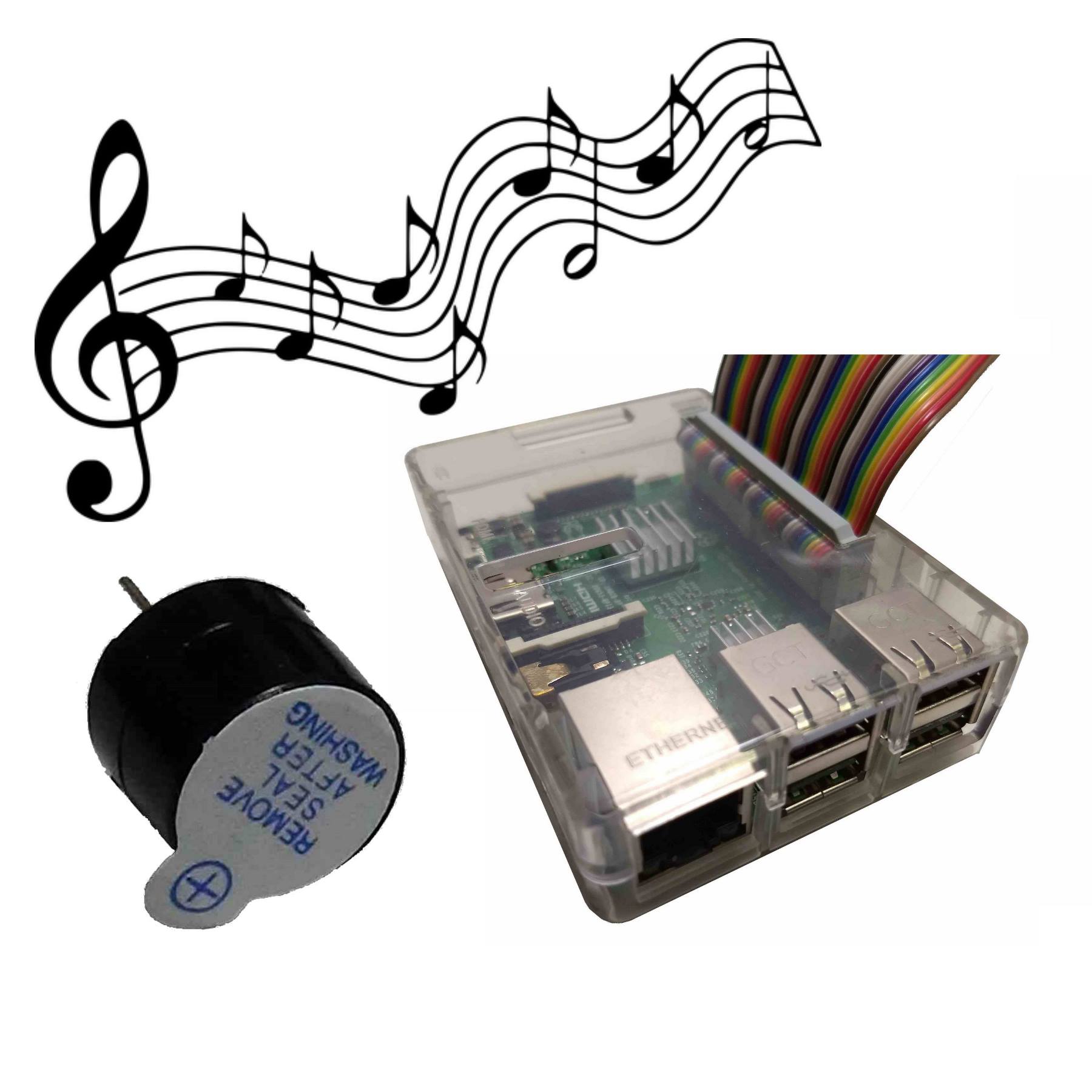 In this tutorial we learn how a buzzer can play music notes. See how easy it is to play a basic melody with a Python script running on your Raspberry Pi. When you have completed this tutorial, you will have the basic code to let your buzzer play a melody.

First, you need to have a Raspberry Pi 3 running on the latest version of Raspbian. This version includes “Thonny”. We’ll use this user-friendly IDE to write our Python code. If you’re not familiar with Python or with Thonny or GPIO-pins, I suggest to have a look at our tutorials “First Python program on the Raspberry Pi” and/or “Raspberry Pi first program using GPIO” to have a quick introduction. For a basic understanding about the active buzzer and how to connect it to your Pi, have a look at our tutorial “Buzzer on Raspberry Pi generating beeps”.

In Wikipedia we can learn that a music note is the pitch and duration of a sound. Each pitch is an element of a pitch class and has a well defined frequency. This frequency can be calculated. But we won’t handle these topics in this tutorial. We just keep in mind we need the frequency and the duration for each note we want to play on the buzzer. We’ll use these two elements in our script.

For more information on music notes, visit this Wikipedia page.

For the frequencies of the pitches, have a look at this table.

We use the same hardware configuration as the one we used in our tutorial “Buzzer on Raspberry Pi generating beeps”. 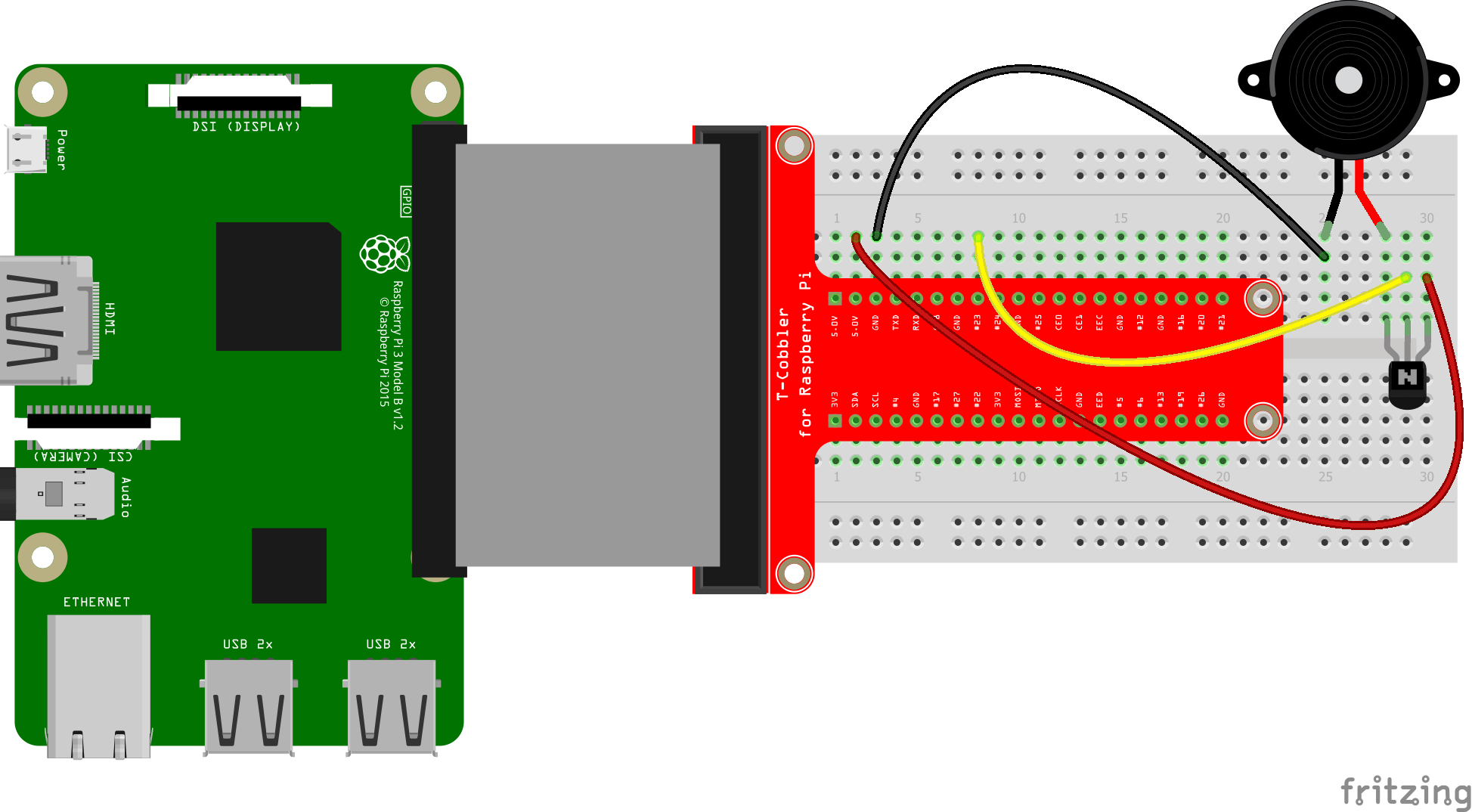 The aim of this tutorial is to write a simple Python script that allows the buzzer to play a simple melody. To write the code, we use the Thonny IDE. You can find Thonny under the application menu of your Raspberry Pi.

When you are done with the code, click on the Run button. You will hear a well-known melody.

Congratulations! With this setup you can now play a melody with a simple active buzzer on your Raspberry Pi. Feel free to change or add the “notes” and “duration” arrays for different melodies. Have fun with it!

Category: Tutorials
Tags: buzzer, frequencies, melody, music notes, Python, Raspberry Pi
We use cookies to ensure that we give you the best experience on our website. If you continue to use this site we will assume that you are happy with it.OKRead more